What is LoCOP DB: this database contains tens of thousands of gene pairs (protein coding and lincRNA genes) within 1Mb of each other that found to be significantly co-expressed across 49 GTEx (v8) human tissues. Moreover, genetic variants associated with the expression of both genes (expression Quantitative Trait Loci, eQTLs) are shown.

COP detection pipeline: Genome-wide maps of local gene co-expression were obtained from cross-individual gene expression quantifications (e.g. a gene expression matrix from multiple RNA-seq experiments), by exploiting the principle that nearby genes exhibiting expression correlation with each other across individuals, higher than what is expected by chance, can be considered as co-expressed. Briefly, the pipeline has the following steps: 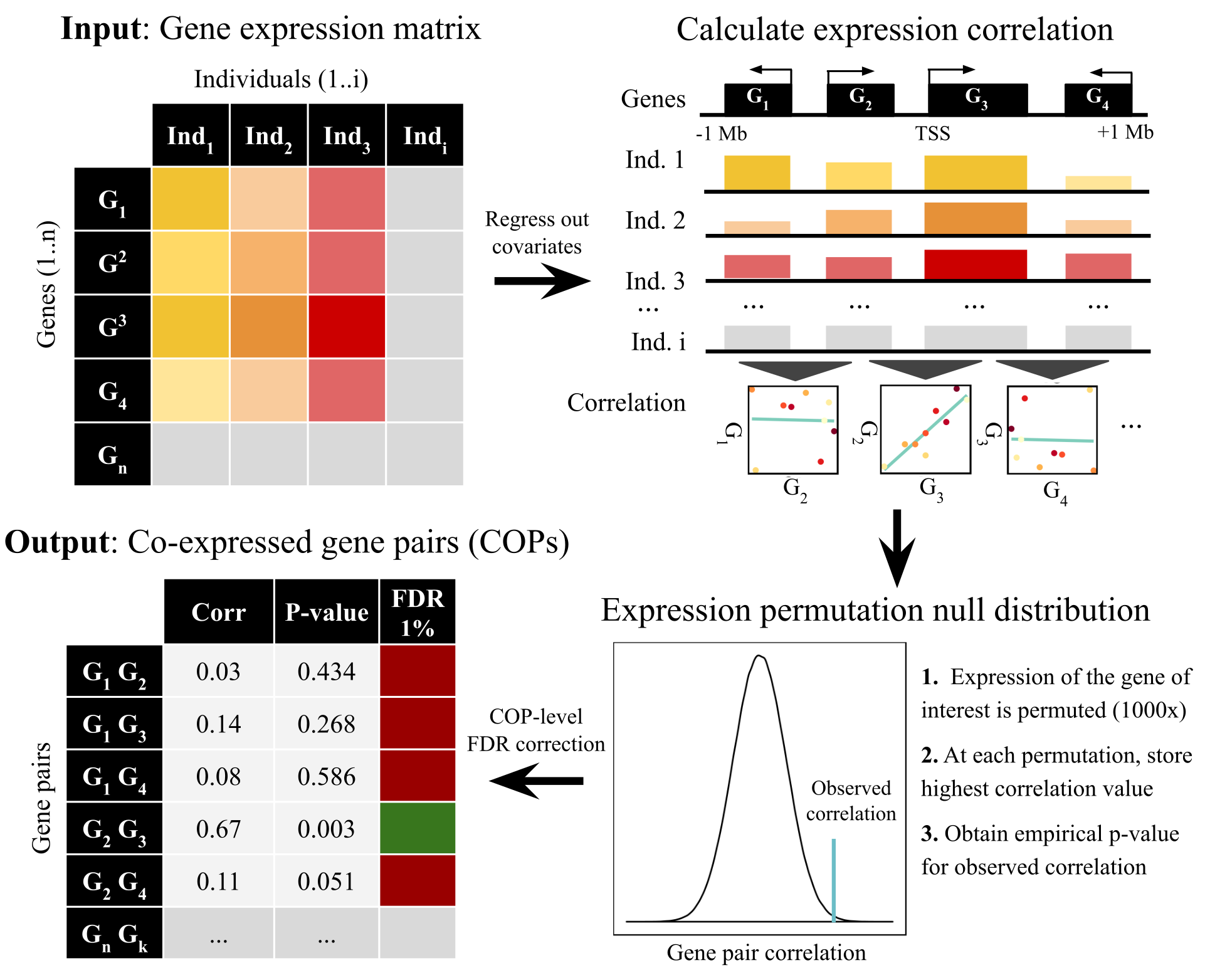 eQTL mapping: cis-eQTLs (within 1Mb) were mapped for each gene using QTLtools v1.1 cis function. To detect eQTLs affecting co-expressed genes, for each COP, the lead eQTL (FDR 5%) of each eGene was tested for their ability to associate (i.e. nominal p-value < 0.05, same effect sign) with the other co-expressed gene. This way, a COP may have 0, 1 or 2 associated shared eQTLs.

Who are we: LoCOP DB is developed and maintained by the Systems and Population Genetics Group at the University of Lausanne, Switzerland. Website developed by Simone Rubinacci and Diogo Ribeiro. This work was funded by the European Union’s Horizon 2020 research and innovation programme under the Marie Sklodowska-Curie grant agreement No. 885998.

Questions or suggestions: drop us an email at diogo.ribeiro [at] unil.ch